When Is It the Right Time to Euthanize?

Euthanasia is one of the more difficult things veterinary staff have to do, and it’s not 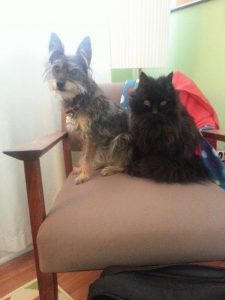 any less difficult when it’s our own pet.

I got my cat Simon when he was about four years old. He had been relinquished to the care of the animal emergency clinic at which I worked—his owners unable to pursue treatment for his umbilical hernia. The condition was serious; a loop of his intestine had passed through the hole of the hernia and become entrapped, causing pain and vomiting. One of our vets stepped up to perform surgery and volunteered to adopt the cat. But after the surgery, Simon suffered burns from the heating pad used to keep him warm, and he remained in-hospital for months, recovering from his wounds. (Heating pads are no longer the standard of care for post-surgical warming because they cause thermal burns to patients like Simon who aren’t conscious enough to move off of them.) By the time Simon was ready to leave the hospital, the veterinarian’s home was no longer an option. I felt that my cat, Henry, was in need of a friend, so I decided to take Simon home.

From day one, Simon was a pretty cool cucumber. He wasn’t bothered by Henry’s histrionics upon arriving in my tiny studio apartment, and Henry eventually decided Simon might make a good buddy. They shared cat beds, often curling into each other in a yin yan pattern. They played and wrestled together, and when I added a dog to the family, six years later, they both accepted him with feline nonchalance. Through it all, Henry was the affectionate clown, and Simon, the aloof cat who, more or less, kept to himself.

I was lucky that both of my cats lived a very, very long time. If a cat lives long enough, it’s very likely that he will eventually acquire kidney disease, and so was the case for both of my beloved cats. I euthanized Henry in 2011 because, at 19 years old, the disease had finally gotten the best of him. I euthanized Simon only two weeks ago. He was also 19 years old.

How do you know if it’s the right time to euthanize a pet? Well, there’s rarely a perfect time. In my role at AERC, I facilitate a Pet Loss Support Group, and it is unusual to find a pet owner who doesn’t question the timing of their pet’s death. “I euthanized him too soon,” or “I waited too long; he was suffering” are common refrains at our meetings. There is, however, a generally agreed upon quality-of-life scale that can aid a pet owner in making this difficult decision. Asking yourself such questions as, “Is my pet in pain?” “Is he eating enough?” “Is he able to keep himself clean?” and rating your responses on a scale of 1-10 can provide important insight and a more objective perspective than you may be able to provide at this time. 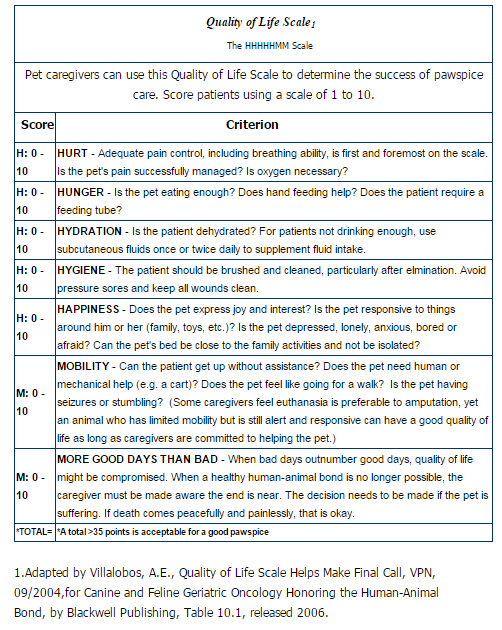 When I applied the quality-of-life scale to Simon, he received 43 points out of 70—slightly better than half. A score of less than 35 may mean that a pet’s bad days are outnumbering their good. Still, I felt that I may have been rating Simon falsely high, as many pet owners might, fearing that a low score would somehow seal his fate and mean it was time to say goodbye.

Many pet owners want their pets to die a “natural” death, meaning without the aid of euthanasia or other assistance. While this is a valid choice, it is important to remember that a natural death can be unpleasant to witness. Many animals struggle at the close of their lives, yowl or scream, or have difficulty breathing. They might lose control of their bodily functions, or act as though they don’t know where they are. Natural deaths may be quick, or they can take several hours, necessitating the pet owner to miss work if they wish to remain with a pet until the end. 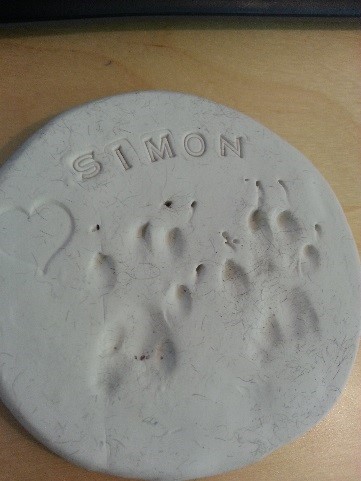 Ultimately, Simon made the decision easier for me. He was eating less and less as the nausea of the kidney disease overtook him, and he became very weak in his hind legs. The morning I chose to end his life, he was unable to use his litterbox and became very vocal. I knew he was ready to go. I said my goodbyes as the veterinarian gave him the euthanasia injection, and I tearfully told him to say hi to Henry for me. I truly hope I see them both again someda