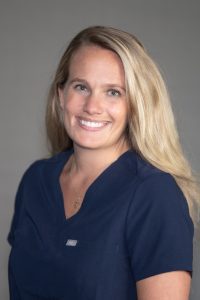 In her free time, Lindsay enjoys spending time with her husband and fur family, which consists of a labrador retriever mix named Joe, a rescued Caribbean street dog named Sam, a sassy tortoise​shell cat named Jovie, and a senior cat named Squish, whom she rescued when she was 15 years old. She also enjoys spending time outside, especially on the lake in the summer months.