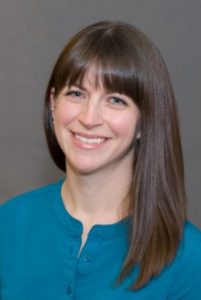 Tracy Julius, DVM, DACVECC, received her undergraduate degree in biology from the University of Minnesota and completed her veterinary degree at the University of Minnesota College of Veterinary Medicine in 2008.  She then relocated to San Diego, California to complete an internship at the Pet Emergency and Specialty Center.  Dr. Julius remained in San Diego for a three-year residency in emergency and critical care at Veterinary Specialty Hospital.  She completed her residency and became board certified in veterinary emergency and critical care in 2012.

After becoming board certified, Dr. Julius stayed on as a criticalist at Veterinary Specialty Hospital and also became the director of the blood banking program there.  In 2014, she relocated back to her native Minnesota with her husband, and they have enjoyed being close to their families again.  Dr. Julius continued to work as a criticalist in the Twin Cities area prior to joining the team at AERC in 2016.

Professional areas of interest include respiratory disease, trauma, toxicities, and metabolic emergencies, as well as all of the variety that the field of emergency and critical care has to offer.

Outside of the hospital, Dr. Julius enjoys snowboarding, traveling, running, reading, and spending time with her husband and son.  They share their home with 2 cats (Percy and Zelda) and one energetic dog named Betty.