Head Tilts in Rabbits and Rodents 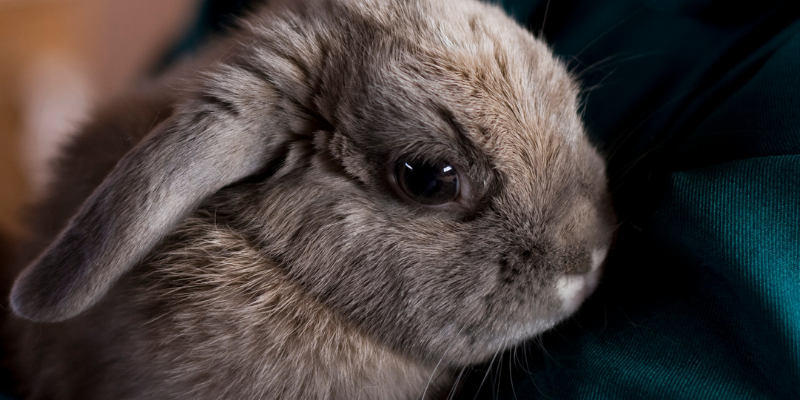 It’s a normal day at home and your rabbit is romping around in the other room. Suddenly, you hear a crash. You run in to find your bun rolling on her side, unable to stand up. You’re able to get her right-side-up, but her head is tilted to one side! Is she having a seizure? Is there something wrong with her brain?!?

A head tilt can be scary to see in your pet. At a glance, they suggest that something is wrong inside the animal’s head, and it could be serious. This assumption is not far off: head tilts usually indicate disease in the head, specifically within the vestibular system. The vestibular system orients the body within its surroundings and maintains a sense of balance. How serious the problem is depends upon what sort of disease is taking place. 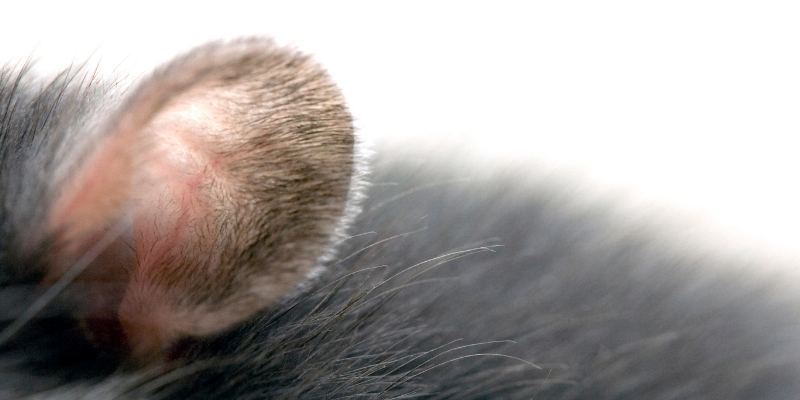 What causes a head tilt?

The source of a head tilt is usually either in the ear or the brain.

Occasionally, discomfort in the external ear (the part of the ear outside the ear drum) will cause the animal to hold its head at an angle; causes include bacterial or yeast ear infections, ear mites, or growths in the external canal. 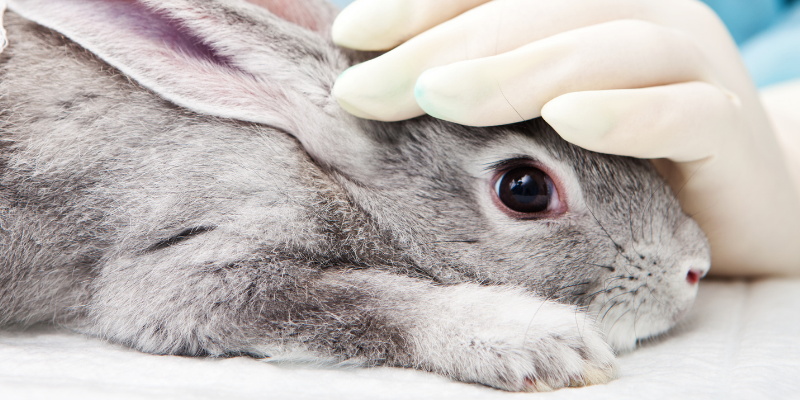 Head tilts in rabbits can also be caused via infection by a fungus called Encephalitozoon cuniculi (also known as E. cuniculi or Ecun). The disease is common in rabbits, but not all exposed animals develop disease. E. cuniculi infections often affect the kidneys, eyes, and brain. An infection in the brain is what results in vestibular symptoms (head tilt, rolling), and this manifestation is frequently seen in older rabbits.

Infection may be treated with anti-inflammatory drugs, as well as anti-parasite drugs called benzimidazoles (usually fenbendazole, also known as Panacur®). Unfortunately, the treatment regimen generally does not result in cure, only suppression of symptoms. Rabbits with E. cuniculi infections may experience lifelong intermittent recurrence of vestibular symptoms. These flare-ups can be controlled with repeated courses of medication. 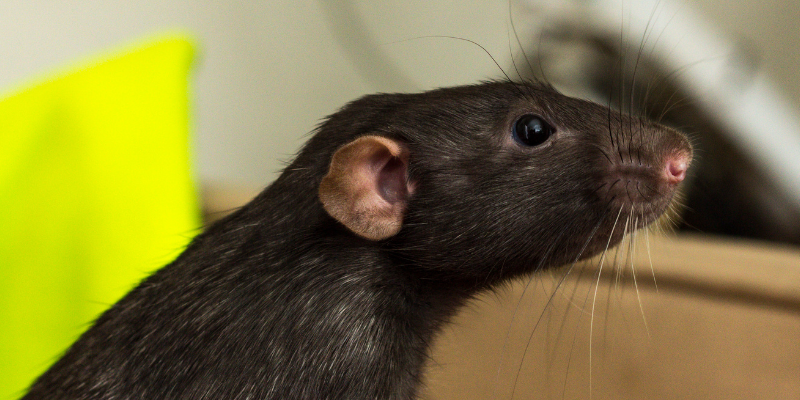 Other possible causes of head tilts include:

Note that hypothyroidism (an under-active thyroid gland) can cause a head tilt in other species, but no cases have been reported in rabbits or rodents. 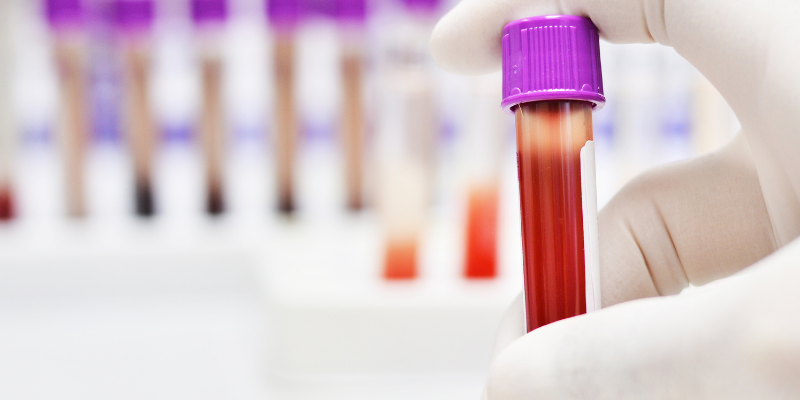 How can my veterinarian diagnose the cause of a head tilt?

Diagnosis requires a combination of bloodwork and imaging. 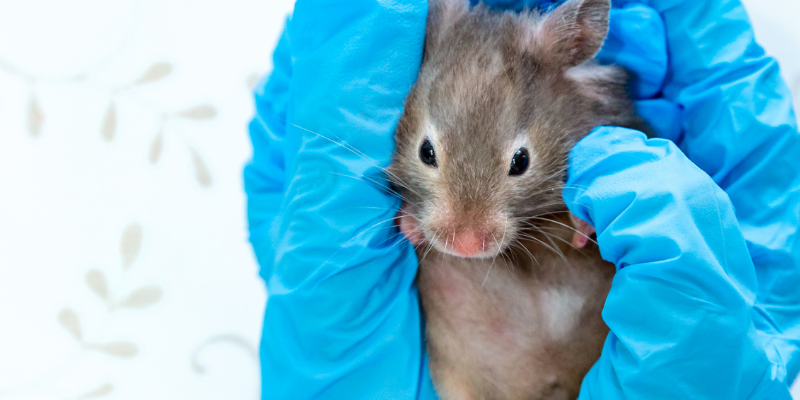 Depending on the underlying cause, the prognosis for pets displaying a head tilt is variable. In general, the odds of complete resolution of the head tilt are higher if an accurate diagnosis is made, and treatment is initiated early in the course of the disease. Patients that have had a head tilt for months are less likely to have the tilt clear up, even if proper diagnosis and treatment is provided.

Fortunately, even if an animal’s head tilt never goes away, many patients can have a good quality of life. In fact, it is common to encounter a rabbit that views the world with its head cocked askew, but otherwise acts completely normal! That said, it’s important to work with a veterinarian savvy in exotic companion mammal practice to ensure that your pet gets the care it needs.

If you have any concerns about your pet and head tilts, contact your family veterinarian or set up a consultation with Animal Emergency & Referral Center of Minnesota’s Avian and Exotic Medicine Service. 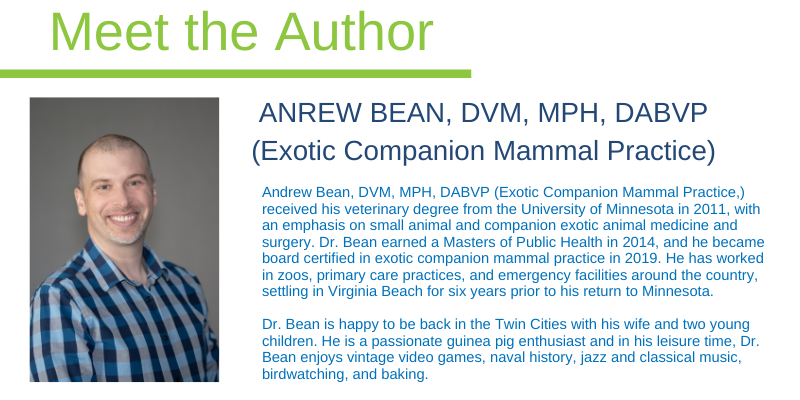 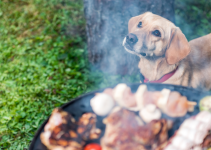 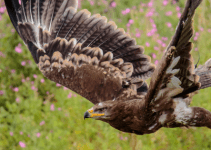 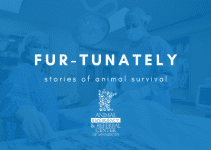