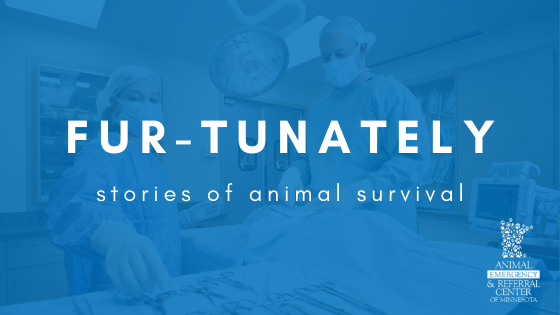 Scooter, a one-year-old kitten, was playing with a sewing needle and thread. Before her owner could take it away from her, Scooter suddenly appeared to become startled and ran off. Had Scooter possibly swallowed the needle or poked herself with it?  In an attempt to discover the answer, Scooter was brought to AERC’s Emergency Service.

When Scooter arrived, she was swallowing hard and her breathing was not quite normal. Our emergency team could feel the needle in her upper neck, but an entry wound was not obvious. The needle was visible, however, on radiographs (seen in the image below). Since it could be felt easily, our emergency veterinarian recommended that Scooter be sedated and medicated for pain in preparation to have the needle surgically removed. Of course, Scooter’s owner agreed.

In Scooter’s neck, our team found a two-inch needle (plus thread!) Upon waking, she already appeared more comfortable, and she was sent home that day with antibiotics and pain medications. 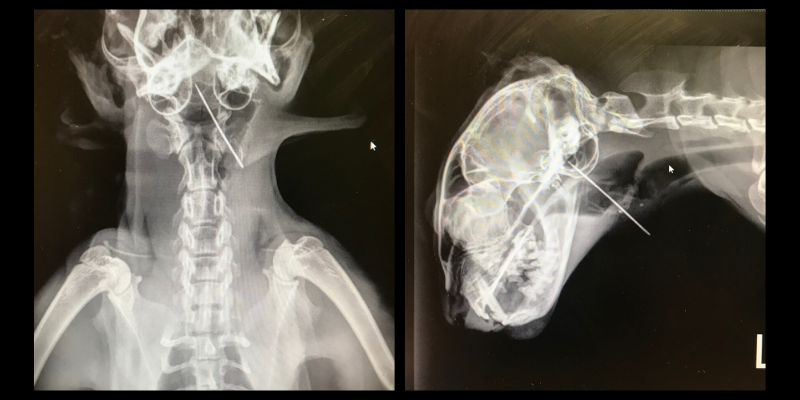 Unfortunately, Scooter’s needle ingestion wasn’t the first we’ve seen in a cat, and it won’t be the last! Scooter actually may have fallen on the needle rather than eating it, but only Scooter knows the whole story. Sometimes, needles end up in the esophagus or stomach and need to be removed via surgery or endoscopy. Scooter was very lucky that more damage didn’t occur! 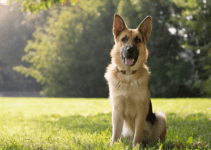 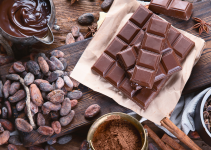