Dog Parks PART I: Are They Right for Your Dog?

My dog George used to be the King of the Dog Park. Well, he thought he was, anyway. He would run up to other dogs, loudly barking, challenging them to chase him. If his tactic worked, he would tear off in a mad streak, often losing the other dog and in so doing, reinforce his own belief that he was The Best of The Best. But George hasn’t been to a dog park in years, and I’ll get into why in a moment.

I have another dog, too. Her name is Sally. I could count on one hand the number of times that Sally has been to a dog park. I’ll get into that, too. 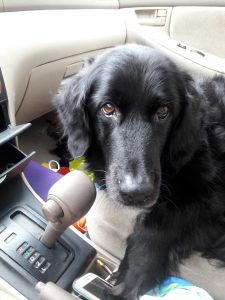 While George is a senior dog with lots of accompanying aches and pains, his physical limitations are not the main reason that I refuse to take him to dog parks anymore. The bigger reason why is George’s strong personality. While he has never hurt another dog, his brazen and ballsy dog park behavior always felt a little pushy. Unfortunately for George, his body has aged, but his attitude hasn’t matured. Today, it’s likely he would make the mistake of challenging younger, stronger dogs in the same way he used to. And it’s also likely that some young dog would tell him to knock it off in no uncertain terms, and he’d get his butt handed to him. So for his own safety, George has to be content with leashed ambles around our neighborhood and memories of his glory days.

Sally is an almost-ten-pound Terrier Mix. On three of her four dog park visits, she got jumped by other dogs. See, Sally is really fast, and she likes to run. I think she reminds some dogs of a rabbit, as two of the three incidents involved Huskies, which do tend to 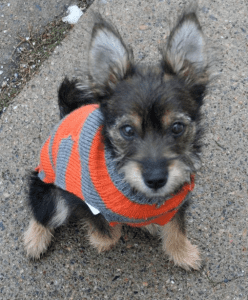 have a high prey drive. Every time, the other dog grabbed Sally by the scruff of her neck, and I saw her life flash before my eyes.  Since I work in an animal clinic that provides 24/7 emergency services, I’ve seen my share of dogs that have been attacked by other dogs. I know that in just a few seconds, one dog can do fatal damage to another dog – especially when there’s a large difference in size. So I knew very well that every time that I took Sally to a dog park, I was taking a risk. And after three incidents, none of which resulted in injury to Sally, I decided that I was being really stupid about playing the odds.

So I submit to you, is a dog park a safe option for your dog? Tune in to Part IIto read about all the factors that you may wish to consider when making this decision!