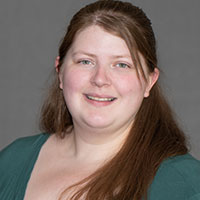 One of the things Delainey is most passionate about is DIY projects! She loves to sew, crochet, garden, bake, and anything that allows her to make projects at home.

Delainey has three pets: Meeko, an Aussie and Labrador mix; Linus, a domestic longhair cat; and Venture, a Labrador mix that we have had the privilege of seeing grow up, since Delainey often brings him to the office with her!