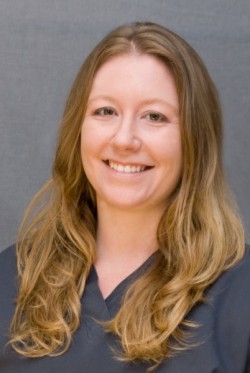 Prior to coming to AERC, Stephanie worked for 2 years in a day practice and volunteered and worked at a humane society. She currently volunteers at The Wildcat Sanctuary and Basic Animal Rescue Training, or BART. In June 2013, Stephanie travelled to Oklahoma with them to “rapid” train emergency personnel on proper animal handling and restraint, assessment, first aid, and CPR just after the Moore and Oklahoma City tornadoes.

Stephanie enjoys running, open water swim competitions, cross country skiing, and an occasional triathlon. She also likes to camp, hike and fish in her spare time. She has a Chihuahua named Chica and a cat named Oddball!