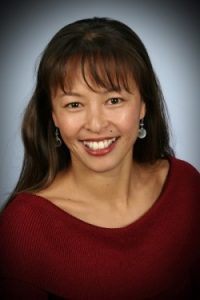 Justine Lee, DVM, DACVECC, DABT, is a graduate of the Cornell University College of Veterinary Medicine. She completed her internship at Angell Memorial in Boston, MA, and her emergency fellowship and residency at the University of Pennsylvania. Dr. Lee has been in the field of emergency and critical care since 1997, and she has practiced in several urban settings including Boston and Philadelphia. She is Board-Certified in both Emergency & Critical Care (DACVECC) and Toxicology (DABT).

Dr. Lee is the CEO and founder of VetGirl, a subscription-based podcast service offering veterinary continuing education. She was on the faculty of the U of M from 2003-2008, and previously was the Associate Director at an animal poison control center in Bloomington, MN from 2009-2013. She joined AERC part-time in 2011.

Dr. Lee is an avid sports fan! She plays ice hockey, ultimate frisbee, and is also a runner and amateur kick boxer. In her spare time, she plays with sled dogs, gardens, travels, and reads. She is an active writer, having authored two humorous pets books entitled “It’s a Dog’s Life…but It’s Your Carpet,” and “It’s a Cat’s World…You Just Live in It.”

Dr. Lee has been published in numerous veterinary journals, including JAVMA, JVECC, JVIM, and JAAHA. Dr. Lee also co-edited and co-authored Blackwell’s Five-Minute Veterinary Consult Clinical Companion: Small Animal Toxicology(Wiley-Blackwell 2011). She is also one of the editors of the Veterinary Clinics of North America Small Animal: Emergency Medicine textbook (Elsevier 2013). She has published several veterinary textbooks along with book chapters, and she has been featured on radio and television to promote preventative medicine, animal health, as well as the overall well-being of pets. Dr. Lee lectures throughout the world on emergency and critical care, and she was recently honored with “Speaker of the Year” at the North American Veterinary Conference (2011, 2015, 2016) and Association des Médecines Vétérinaires du Québec (2012). Dr. Lee is the former contributor/blogger to Prevention magazine and PetMD: The Daily Vet, Pet Health Network and Voyce. She has been featured on NBC Weekend Today, Rachael Ray, WCCO, MPR, and various other TV and radio engagements.