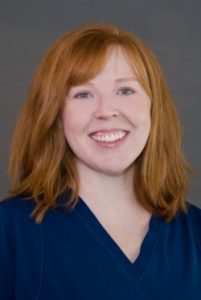 Dr. Erin Bequette graduated with a BS in Animal Science from the U of M in 2003 and earned her veterinary degree in 2008. Upon graduation, she moved to Denver for a year to complete a small animal rotating internship at Wheat Ridge Animal Hospital. She then returned to Minnesota and entered small animal practice. Erin began working for us on a relief basis in February, 2010, and joined the team full-time in May of that year!

Outside of work, she enjoys travelling, biking, reading, and home improvement projects. Erin’s pets include a Standard Poodle named Gina and a DSH named Bart.